Soccer fans get chance to score in Pele memorabilia auction 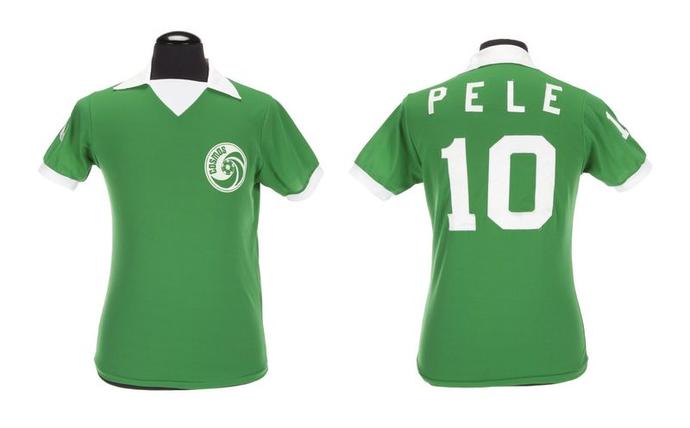 Triple World Cup soccer winner Pele is putting some 2,000 items up for auction, including his three World Cup medals and a one of a kind Jules Rimet trophy that could fetch up to one million dollars, auctioneers said on Thursday.

The Brazilian regarded by many as the greatest soccer player of all time is also selling off his 1,000th goal ball and crown, and jerseys he wore while playing for Brazilian club Santos FC and the New York Cosmos in what marks his first ever public offering of career memorabilia, Julien’s Auctions said.

“Pele is like the Marilyn Monroe of the sports world. He is such an icon and a great ambassador for soccer,” Martin Nolan, executive director of Beverly Hills-based Julien’s Auctions, told Reuters.

The three-day auction will take place in London from June 7-9 and will be preceded by a public exhibition starting June 1.

Pele, whose given name is Edson Arantes do Nascimento, became in 1958 at age 17 the youngest ever person to play in, and score in a World Cup final. He went on to help Brazil to World Cup victories in 1962 and 1970, and holds the Guinness World Record for most goals in a career with 1,283.

Now 75 years old, and after recent replacement hip and prostate surgery, Pele said that having donated much of his collection to the city of Santos, he had “decided to allow fans and collectors to own a piece of my history as well. I hope they treasure these artifacts and share my story with their children and generations to come.”

He said a portion of the proceeds will be donated to the Pequeno Principe children’s hospital in the Brazilian city of Curitiba.

The top item for auction is a Jules Rimet trophy that was created especially for Pele by world soccer body FIFA and the Mexican government after he led Brazil to the nation’s third World Cup victory in Mexico in 1970. It is inscribed with his three wins for Brazil.

“It is such a unique item. We think that is a very conservative estimate. This is possibly something that could sell for up to one million dollars,” said Nolan.

Yet the most humble and precious item of all, if it can be verified, may be a makeshift soccer ball made of rolled-up socks that the pre-teen Pele kicked around the streets of Bauru.

“We have softballs stitched up in canvas but we haven’t definitively established yet that we have that first ball. If that ball was to exist it would be phenomenal,” said Nolan.